Kashmir violence being stoked by talk of revenge: Yashwant and others

Govt working out modalities for regularisation of persons engaged on casual, adhoc basis: FM ‘Comprehensive policy being worked out in this regard’

Congress’s Mir Is Richer Than His Competitors In South Kashmir

SRINAGAR: Who is pitted against whom in the south Kashmir Anantnag Lok Sabha constituency is something that will slightly visible in coming days. But who is richer than whom is quite clear because the contestants have already declared their assets as part of their nominations process. 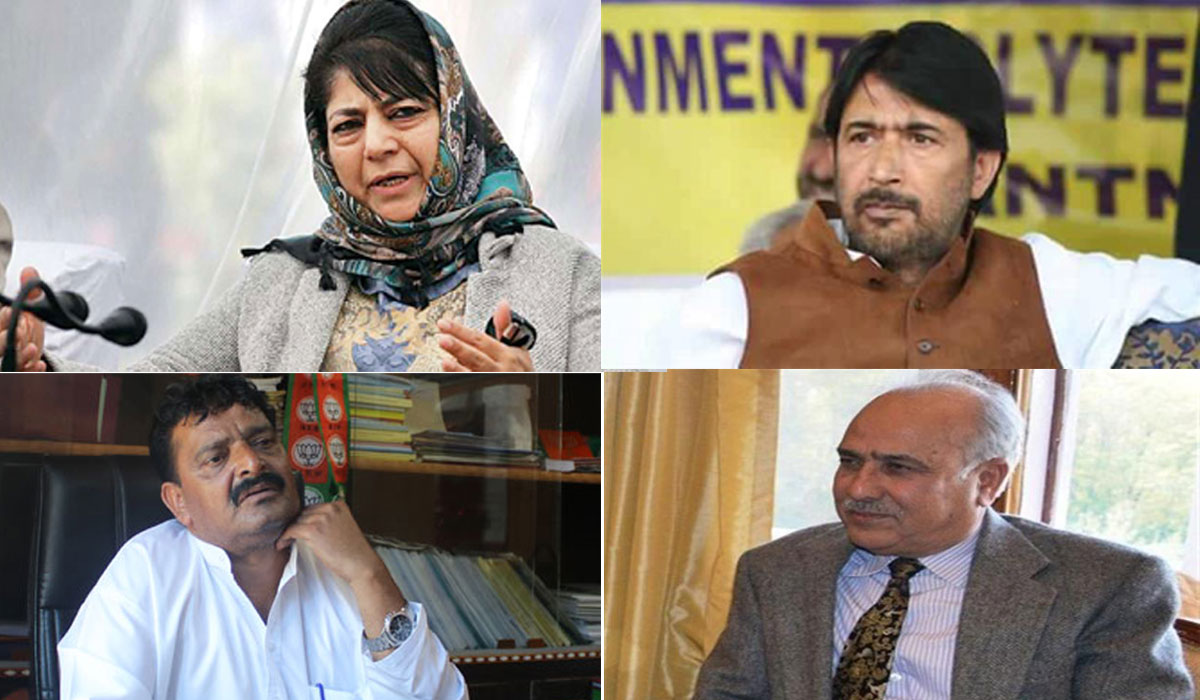 There are XX candidates in fray but three candidates are major because they are representing three major political forces on ground – PDP president Ms Mehbooba Mufti, who has won from this seat at least twice; Ghulam Ahmad Mir, the Congress president in the state and Justice (retired) Husnanai Masoodi, a greenhorn in politics who was fielded by the NC.

Mehbooba Mufti has stated that she has no moveable assets. Neither has she had any jewellery nor any car. Her assets are worth Rs 55 lakh and this she has inherited in the shape of a house in Bejebhara and the land on which it is built. Ms Mufti, who has been the Chief Minister of the state, is a lawyer and her last yearly income was Rs 8.63 lakh.

But her immediate competitor G A Mir is a rich man, in comparison. His moveable assets are worth Rs 82.36 lakh and his wife owns liquid assets worth Rs 54.10 lakh. He owns golden jewellery weighing 440 grams and his wife has more than 1300 grams of golden jewellery. Mir owns a jeep and a gypsy.

Mir’s immovable assets are including various residential structures, flats and share in various petrol pumps. He has 25 kanals of land in Damhal which value Rs 4 crore. In Brein Nishat he has 13600 ft space that values Rs 35 lakh. He holds one-fourth of the equity in a petrol pump in Anantnag, and a half in another one in Jammu. Besides, he has share in a rice mill.

Mir has a one-third share in a house in Damhal, owns a house in Jammu and has a flat in Delhi. This is in addition to his residence and an office at Omoh Verinag where he currently lives. His entire immovable assets have a current valuation of Rs 12.65 crore, according to the affidavit he has filed as part of his nomination process. A graduate from the University of Kashmir in 1982, Mir has been in politics for a long time.

The third major player is Masoodi, the retired high court judge, who is an NC candidate. A resident of Khrew, near Pampore, he has masters in law from the Harvard.

In his affidavit, Masoodi has stated that he has Rs 88 lakh in the bank accounts and his wife has 38.20 lakh. It is Mrs Masoodi owning the TATA Safari and not him.

Sofi Yousuf, BJPs candidate has moveable assets worth Rs 17.5 lakh and that of his wife value Rs 5.5 lakh. He has stated that he has assets valuing Rs 16.29 lakh which are self-acquired.